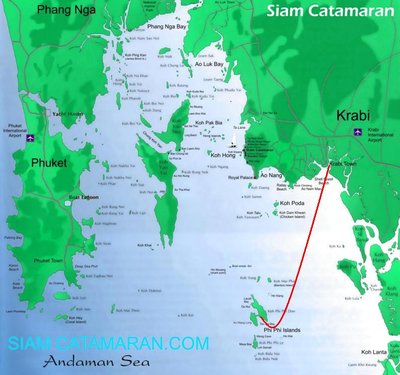 After a few days of being spoiled at the Sheraton, we headed to the Phi Phi Islands. Phi Phi Don Island is in the Andaman Sea, about 2 hours from Krabi by ferry, and consists of actually two rock formations connected by a small sand bar. 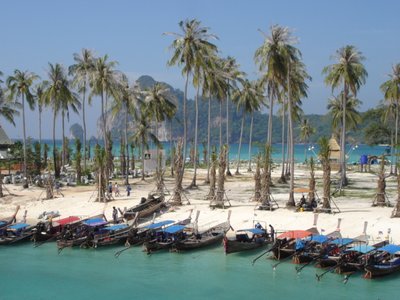 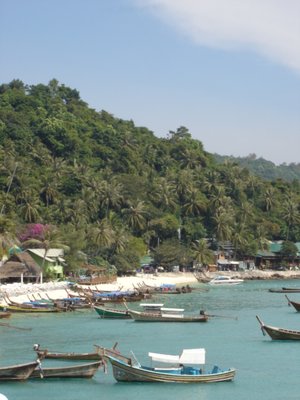 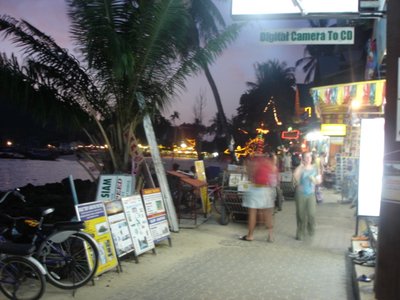 Prior to the tsunami last year, the sand bar was very built up; now, there are only a few structures remaining and a lot of recovering palm trees. Approximately 2,000 people lost their lives on this small island last year when the tsunami hit, but the island is working feverishly to recover and great "progress" is being made. The memorials on the island and the stories of lost lives and unbelievable survivals were quite humbling. Here are a few photos of some tsunami-affected areas - those of you who have been here may recognize these places. 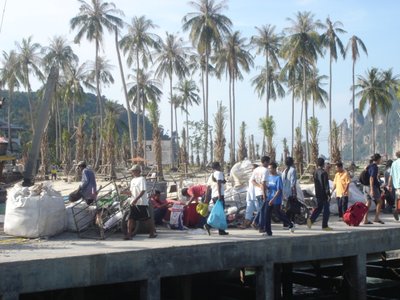 Due to the reconstruction, there is work being done all over the island. This is the pier where all the construction materials arrive. 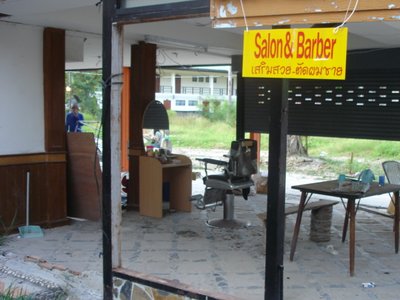 A barbershop, with mirror and chair still in tact. 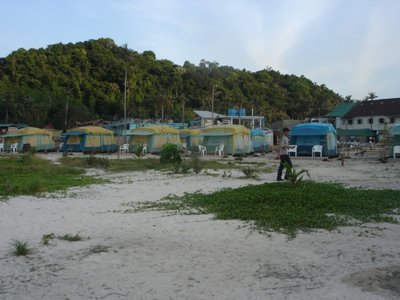 This was the main tourist beach. Before, there were shops and hotels, but until it is rebuilt, the beach has tents for rent. 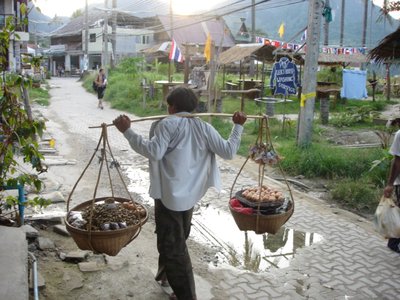 The first day we went out to Phi Phi Ley Island on a snorkeling tour. Phi Phi Ley is protected from development and was made famous by good old Leonardo and the movie "The Beach", which was filmed at Maya Bay. Amber's quest to visit the set of every Leonardo Dicaprio movie is going well. 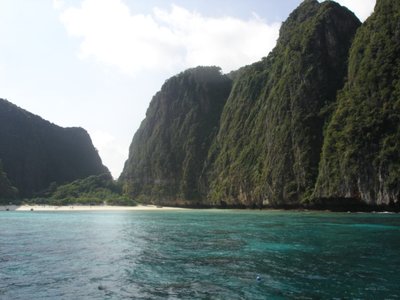 This is the beach where "The Beach" was filmed. 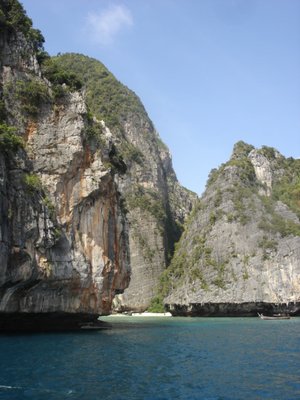 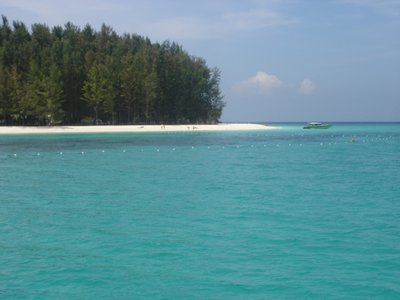 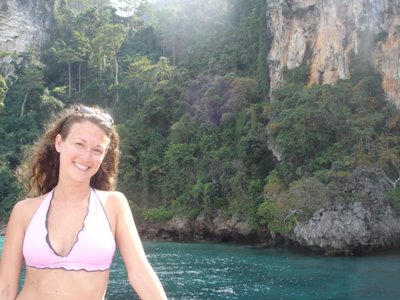 The snorkeling was pretty amazing around Phi Phi Ley, with schools of colorful parrot fish swimming by, beautiful coral formations, and we even got a great look at a Moray Eel. The bad part was that there was a ridiculous amount of boats in some of the areas and we feared being chopped to chum a few times.

The town of Phi Phi Don was actually quite nice and we spent the second day on the island just strolling around and hitting the beach now and then. There is also quite a bit of nightlife on the island which kept us entertained as well. 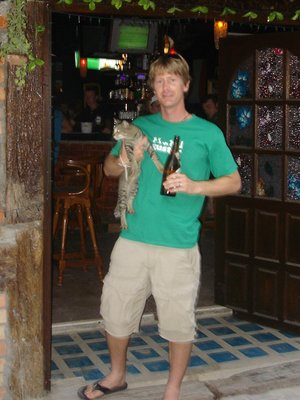 Amber's not the only one who picks up stray cats in the street! 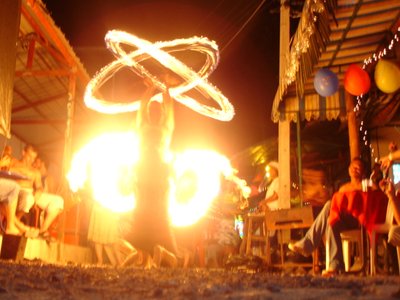 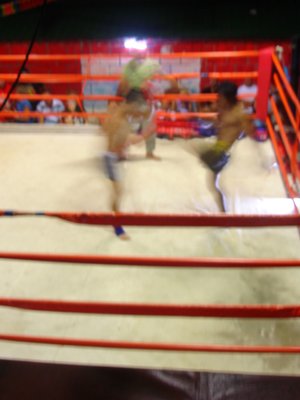 We caught a "traditional" Thai boxing match, but it was more like WWF since everything seemed pretty staged. 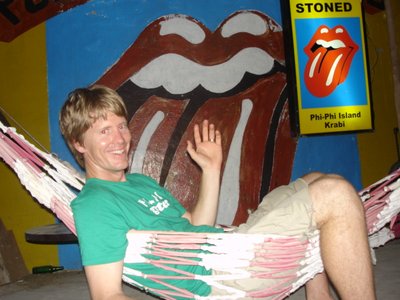 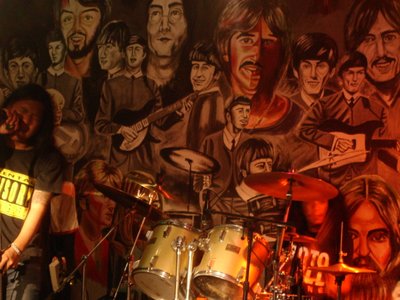 Notice the mural behind the band.

Posted by rebmamber 05:13 Archived in Thailand

we just can't imagine being in all these plases. we have noticed that everywhere you go there is lots of partying going on!
barbara & norb

Excellent!
You are both looking more worldly ! I wonder why? Great experience !
Maya Bay definitely looks like my kind of place! I wanna finda waya to a Maya Baya!
Keep up the great journey and the shining commentary! Amber, a photographic book is in order for you! I want one on my coffee table some day.

Holy crap, that fire dancing picture is flipping neat. I love the first and second pictures too.
Great jobs on the photos, thanks for updating with lots of them.

What books are you reading. I recommend you take a day to relax (as if you aren't) and take in the Art of Travel.

Fantasic pics,cant wait for my own trip in May this year.......wish i was there now!!